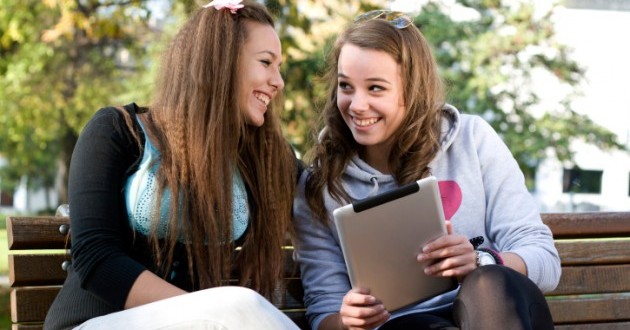 Definition: Want to get this party started? Then you better turn up. After all, there is nothing teens love more than #parties (except maybe #selfies). Also can be used ironically.

Definition: It’s like the “Throwback Thursday” that is common vernacular for the rest of the Instagram-using world, except teens are edgy and use it on other days of the week. Throwback Thursday on a Monday? Now that is some hardcore stuff.

Definition: Used to express you are in the process of doing something difficult. You have to be “on” a grind; it modifies the preexisting process you are discussing. After all, nothing is easy when you are a teen.

Definition: Basically, your ass just got called out. Teens love to tell it like it is, after all.

Definition: Um, it’s like “though” but better, and used for emphasis. There really isn’t much to it.

Definition: Teens LOVE technology, so they naturally have slang for the process of uploading pictures to social media via a mobile electronic device — hence, “mupload.”

Definition: Use it as an exclamatory word to emphasize a statement. It also can be used at the beginning OR end of a sentence. Because teens are notoriously “difficult” this word doesn’t exactly have a concrete definition.

Definition: Sort of like “swerve,” “swag money” is an emphatic phrase that can be used at either end of a sentence. It is used to convey “rich greatness” because, duh, as if teens would ever be caught saying something is just great.

Definition: Did you just drop a major truth bomb? Then feel free to use this phrase. Teens don’t just like to tell it like it is, but also to tell you that they just told it to you like it is.

Definition: Teenagers love being “dramatic” and the best way of expressing teenage drama is through hyperbolic expressions like this. After all, teenagers usually CAN even, but what would be the fun in that?

Definition: In the religion that is being a teenager, saying something awesome is practically gospel. To let everyone know what you just said was awesome, you use this phrase as a marker. Subtlety is not something teens are known for, after all.

Definition: This one is kind of self-explanatory. Teens like to wear flannel…on Fridays. It’s really just an excuse to wear flannel, as if you needed one in the first place.

Definition: Used exclusively in texting, “kk” is the less passive-aggressive version of “OK.” After all, teens LOVE to be soooooo chill.

Definition: Obviously, teens have the last say when it comes to setting trends. No one is more wary of something that may be phony, or shitty, or lame than teens. So, in order to confirm if something is in fact “happening” both in the literal and figurative sense, teens will employ this phrase.

Definition: In a fashionable move, teens have taken the more commonly used word “yaaass” as their own. This version uses one “a” and lots of “s” and always is capitalized. It basically means “yes” but with a bajillion times more enthusiasm. Because when teens aren’t being surly, they are ready to TURN UP.

Definition: Teens are so “with it” to the point that they use complex technological terms like “hashtag” in a sarcastic way to embellish a point they are making.

Definition: Teens are constantly doing awesome things, so they had to invent a phrase that basically means the awesomer version of awesome. That’s where “killin’ it” comes in.

Definition: High schoolers are too “cool” to do spring break, so they had to invent another term. It also is often used ironically to describe a break spent visiting potential colleges.

Definition: “Dat” is basically the teenage version of “that” except it is hip and fresh like the teens that use it!

Definition: It’s sort of like the teenage version of “very.” Because “very” is very lame, and “mad” is mad awesome.

Definition: Everyone has a family, but when you are a teen, you refer to them as your “fam” because abbreviating stuff is SO mad chill. It’s especially useful to do when you are complaining about and/or making fun of them (a favorite pastime of teens everywhere).

Definition: You’ve definitely heard this word before, but in typical teenage fashion, the youths have taken the word and made it their own. Basically it means “fun” or “rowdy.”

Definition: Just kidding, no one says this. Stop trying to make “fetch” happen. It’s not going to happen. 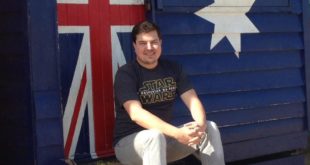